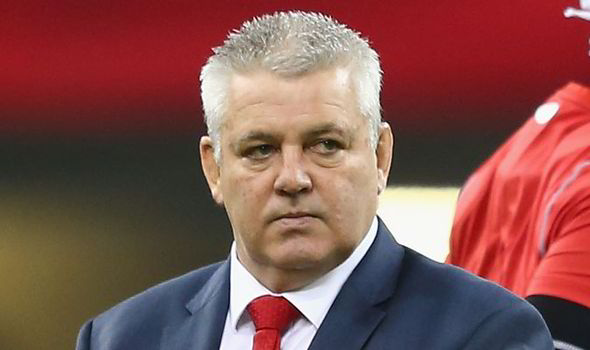 And there we have it… Warren Gatland is officially Head Coach for the 2017 Lions tour of New Zealand. The ex Waikato player and already two time Lions Coach (2009 Asst Coach) comes into his third Lions cycle with high hopes of turning over his native New Zealanders.

He has been widely reported as the highest paid Lions coach of all time however that isn’t a very compelling stat as player wages have sky rocketed in recent years between tours.

Currently sitting just over a 50% win ratio with Wales, however perhaps more telling that includes 10 matches against NZ and yes you guessed it… 10 losses. When Gatland coached Ireland he also failed to register a win against the infamous AB’s. There are only a select few great coaches to beat the All Blacks however is this inexperience a vital piece missing from Lions success in rugby heartland.

A big question now is who will WG select as the men by his side.

Let’s relive some 2013 highlights though as we all get pumped for next year…. It’s going to be a cracker.

He hasn’t changed a bit since his playing days!!