With the many comings and goings this summer, Aviva Premiership teams have been bolstering their squads for the upcoming season. We take at a look at the best piece of business done by each club, in alphabetical order. 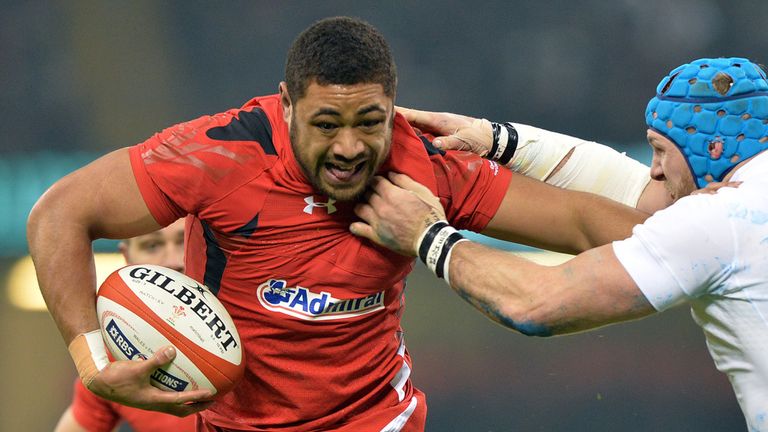 In our opinion, this was probably the best transfer in by any Premiership club so far. We rate Faletau very highly and believe he is well on his way to the world class category and without a doubt would start in our Lions XV against NZ next summer. It doesn’t need to be said again that Bath had a very disappointing season last season, which ultimately cost Mike Ford his job, but with son George seemingly coming back into form on the tour of Australia for England, and the likes of Faletau up front, could see Bath return to challenge for the Top 4, maybe even further.

Bristol have been busy recruiting for their first season back in the top flight of English rugby since the 2008/09 season and will be determined to make a better fist of it than their last season, which saw them only win 2 games all season. Hence, this summer has seen Bristol recruit many players with previous Premiership experience. Players such as Luke Arscott, Thretton Palamo, Jon Fisher, Jordan Crane and even big Tongan prop Soane Tonga’uiha, a firm fan favourite at Northampton Saints have all joined Bristol this Summer. Yet I believe the player who may have the biggest impact for them is a player signed from the Championship, Nick Fenton-Wells who joins from the Bedford Blues. A flanker/Number 8 who was once with Saracens, I’m surprised it’s taking him this long to be back in the top flight. A back row of Fenton-Wells, Jack Lam and Jordan Crane may just be the main reason why Bristol avoid heading back down to the Championship after a solitary season.

Exeter – Greg Holmes (from the Reds)

After a brilliant season last season which saw the Chiefs reach their maiden Premiership final, they’ve largely stuck with the squad which got them there with only four Summer signings so far in the guise of three Australians (Greg Holmes, Dave Dennis and Lachlan Turner and one Englishman (Ollie Devoto from Bath). The one we feel having the biggest impact however is Greg Holmes. The 27 time capped Wallaby leaves the Reds after 12 years which saw him win a Super Rugby title in 2011. Joining the Chiefs he can help mentor the likes of young talents such as Alec Hepburn and Tomas Francis, while also offering something himself on the pitch.

The Scottish international will look to lay down a marker to the likes of Duncan Taylor, Alex Dunbar and Peter Horne, he is the number one Scottish centre. Known more as an inside-centre, will hopefully be able to get the best out of the Gloucester 10 – be it James Hook, Billy Burns or even Billy Twelvetrees. While strictly not new signings, watch out for the likes of Lewis Ludlow, Ollie Thorley, Dan Thomas and Matt Protheroe who have all been signed/promoted from the academy.

Nick Evans has been the architect of everything Harlequins have done in the past few years, being instrumental in their Premiership Final victory over Leicester in the 2011-12 season. However, Evans is now 35 years old and no spring chicken. While this may not seem the most headline name, Harlequins business on the whole has been fairly quiet with only four signings so far. With Ben Botica’s move to Montpellier after two inexplicable match-changing mistakes, it opens the door for Jackson, a 30-time capped Scottish international the opportunity to press Evans and potentially in the long term, become the number one fly-half at the club.

A huge coup for the Tigers to sign Toomua, aged 25 who will hopefully come into his peak at the club. Toomua will be a firm part of Head Coach Aaron Mauger’s ambition to continue the trend of turning Leicester into a more exciting team. Able to play at fly-half or inside centre, there is a potential centre combo of Toomua and Tuilagi, but it is still yet to be seen if Tuilagi can shake off his injury problems for good. Obviously the likes of JP Pietersen will hope to make an impact and watch for hooker George McGuigan, who has joined from Newcastle to put real pressure on recently named Leicester captain Tom Youngs.

Newcastle have been busy this summer, bringing in 12 players so far and parting company with 16 either through retirement, released or transferred. The majority of players brought in by the Falcons are from Championship clubs such as Ealing, London Scottish and Jersey. While Sam Egerton has joined from the England Sevens set up. Their main attraction in terms of signing is Vereniki Goneva, signed from Leicester after four successful seasons with the Tigers. Equally adept at Centre or on the Wing, Goneva will attempt to give the Falcons firepower in the backs as they most likely end up in another scrap near the bottom of the table.

Who else could it have been? A true marquee signing for Saints in persuading the 30-year old Picamoles to leave Toulouse. Since Samu Manoa’s departure coupled with the loss in form of Courtney Lawes, the Saints have lacked true ballast and power in the back row. Picamoles offers a solution to this, the powerful Number 8 has spent many years trampling over opponents and often needs two players to be felled, offering space elsewhere on the pitch.

In our opinion Sale did remarkably well last season to earn a top six finish and a place in the Champions Cup. However, with the loss of Danny Cipriani at fly-half and Tommy Taylor at hooker, there had to be some rebuilding done. Steve Diamond has done that, bringing in Rob Webber from Bath to replace the loss of Taylor and AJ McGinty from Connacht to take over from Cipriani at fly-half. McGinty, a USA international who featured in the 2015 World Cup was key as Connacht surprised everyone to win last season’s Pro 12. Given his chance after injuries to those higher in the pecking order at Connacht, McGinty took his chance and showed everyone that he was good enough to orchestrate at this level. How quickly McGinty can get a backline containing the likes of Sam Tuitupou, Sam James and Mike Haley, who had a superb summer tour with the England Saxons in South Africa. I’m also intrigued to see how rugby league convert, Josh Charnley, who joins from Wigan Warriors with an impressive try scoring record gets on. Will he be another Sam Burgess or Jason Robinson?

Saracens – Schalk Burger (from the Stormers)

Similar to Picamoles’ move to the Saints, this is a true marquee signing. The South African flanker, a World Cup winner in 2007, adds real bulk and power to an already very competitive back row. Will be able to pass on expertise to the likes of Billy Vunipola and even Maro Itoje. A back row of Burger at 6, Will Fraser at 7 and Big Billy at 8 with the likes of Rhodes and Wray coming off the bench is a scary thought for most.

Could have been Kurtley Beale, but for his injury which will see him miss a big period of his first season for Wasps. Cipriani, the prodigal son returns to Wasps. Lots has changed since he was last there, but he returns a much more mature player and person. Travelled with the Saxons in the summer, unlike some *cough Chris Ashton cough* and orchestrated the team well. Despite the loss of Charles Piutau to Ulster, the Wasps backline is littered with firecrackers.

A backline of Simpson, Cipriani, Halai, Beale (when fit), Daly, Wade, Miller has the mouth salivating for Wasps fans and neutrals. If Cipriani can work his magic and get the forwards and backs working in cohesion, Wasps will be challenging for silverware, both domestically and in Europe.

Worcester had a fine first season back in the Premiership and in the end were comfortable enough to not get dragged into a dogfight with Newcastle and London Irish. They will probably aim for much of the same this season, but without Dean Ryan at the helm it will be challenging. The signings of Francois Hougaard from the South African Sevens team and Ben Te’o from Leinster will aim to go a long way to helping them maintain top flight status. The latter, in particular will look to have an impact this season. Having seemingly chosen England as his country to represent Te’o was not given a chance on the England tour to Australia this summer, with Ford, Farrell and Joseph the preferred starting 10, 12, 13 axis. Te’o will be keen to replicate the form he produced to help Leinster to the Pro 12 Final and the form which helped him get onto Eddie Jones’ radar. If he does that, both Worcester and England will be in a better place.